The Kirwan Center relies on its Advisory Board of esteemed thought leaders in the fields of education, research, and policy from both within and outside of the University System of Maryland. The Advisory Board plays an important role in shaping the agenda and developing the long-range plan to sustain the mission and initiatives of the Center. Advisory Board members provide expertise and perspective to help develop and inform the projects and priorities for the Center. 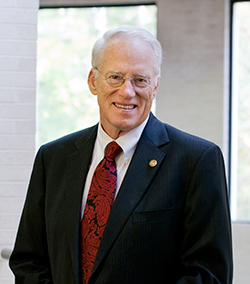 A respected academic leader, Dr. Kirwan is a nationally recognized authority on critical issues shaping the higher education landscape. He is a sought-after speaker and consultant on a wide range of topics, including access and affordability, academic transformation and excellence, cost containment, and higher education's role in economic and workforce development. Under Kirwan's leadership, USM became well known for its success in each of these areas.

Among his many honors are the TIAA-CREF Theodore M. Hesburgh Award for Leadership (2010) and the Carnegie Corporation Leadership Award (2009). In 2002, he was elected to the American Academy of Arts and Sciences. 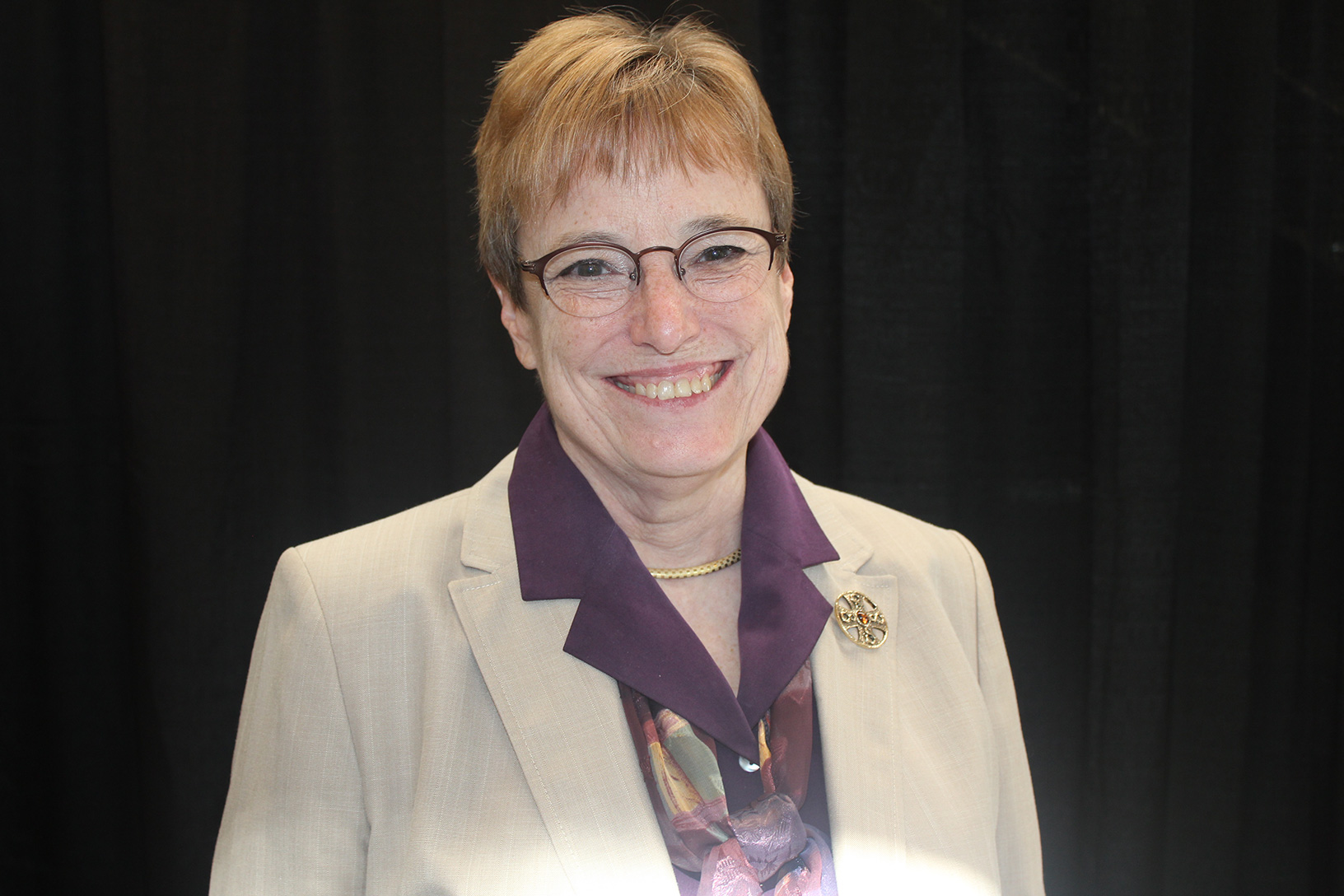 Joann Boughman, a geneticist with more than 30 years of teaching and administrative experience in higher education, has served as senior vice chancellor for academic affairs at the University System of Maryland (USM) since September 2012. Boughman had been executive vice president of the American Society of Human Genetics (ASHG), where she was both the chief executive officer and chief policy officer. Before joining ASHG, she was vice president for academic affairs, vice president for research and dean of the graduate school at UMB (1995-2001), with leadership responsibilities for the graduate school, research and technology development, student affairs, faculty affairs, academic computing, and other functions. Boughman served on the Maryland Higher Education Commission from 2001-2012, chaired its education policy committee since 2009, and served as its vice chair from 2010. She is a member of the Maryland Governor's P-20 Council and his Task Force on Complete College America. Boughman has a Ph.D. in medical genetics and a bachelor's degree in medical technology, both from Indiana University. She is a board-certified medical geneticist with more than 70 published peer-reviewed research articles and 18 book chapters.

University System of Maryland Foundation Board

Gary Dando has served on Micro Systems, Inc. Board of Directors since November 2003 and is Chairman of the Audit Committee. Mr. Dando professional career was with Ernst & Young LLP for 37 years, the last 25 of which as a Partner, until his retirement in June 2001. From 1983 until 1990, Mr. Dando was the Partner In Charge of development, distribution and delivery for worldwide education and training for Ernst & Young partners and employee professional staff. Additionally, Mr. Dando is currently a member of the Board of Trustees, University System of Maryland Foundation, Inc., where he serves as Treasurer, and from July 2001 to June 2007 was a member of the Board of Trustees of the University of Maryland College Park Foundation, where he was a member of the Budget and Audit Committee. Mr. Dando has been the President of the Robert H. Smith School of Business Foundation Board of Directors since 1997. Mr. Dando is a graduate of the University of Maryland, with a Bachelor of Science degree in Accounting.

Michael Feldstein is Chief Accountability Officer at e-Literate, a mission-driven organization dedicated to helping higher education and the education companies that serve them continuously improve in their efforts to enable more students to succeed in a 21st-Century world. Previously, he was a Partner at MindWires Consulting, Senior Program Manager of MindTap at Cengage Learning and Principal Product Strategy Manager for Academic Enterprise Solutions (formerly Academic Enterprise Initiative, or AEI) at Oracle Corporation. Prior to that, Feldstein was an Assistant Director at the SUNY Learning Network, where he oversaw blended learning faculty development and was part of the leadership team for the LMS platform migration efforts of this 40-campus program. Before SUNY, he was co-founder and CEO of a company that provided e-learning and knowledge management products and services to Fortune 500 corporations, with a special emphasis on software simulations. He has also been the interim CLO at The Otter Group, a Senior Partner at Christensen/Roberts Solutions, and a Senior Instructional Designer at Raymond Karsan Associates. In previous lives, Feldstein has been a freelance writer, an English Ph.D. student, a middle school and high school teacher, a tire wrangler at a Yokohama Tire warehouse, and a professional loafer at Schooley’s Mountain County Park. Feldstein has been a member of the Sakai Foundation Board of Directors, a participant in the IMS, and a member of eLearn Magazine's Editorial Advisory Board. He is a frequent invited speaker on a range of e-learning-related topics having been invited to speak on topics including e-learning usability, the future of the LMS, ePortfolios, and edupatents for organizations ranging from the eLearning Guild to the Postsecondary Electronic Standards Council, and has been interviewed as an e-learning expert by a variety of media outlets, including The Chronicle of Higher Education, the Associated Press, and U.S. News and World Report. 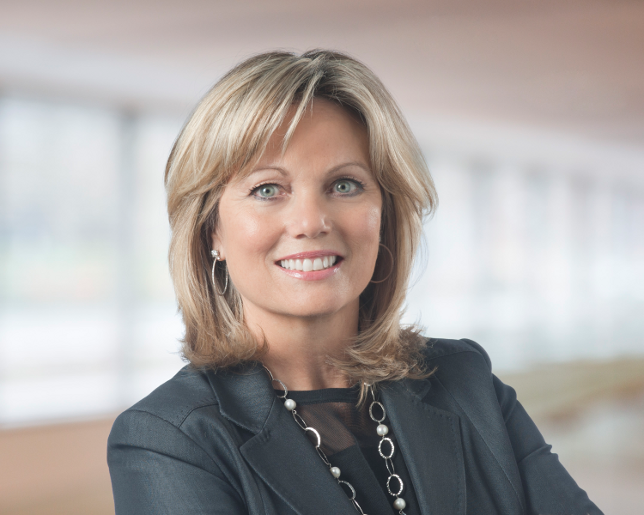 Anne Keehn joined Zoom in June of 2020 as the Global Education Lead and is a well-respected executive with cross-sector experience working across education, technology and philanthropy. As a leader and visionary in education innovation, digital transformation, enterprise education solutions design, she has worked in higher education and for top named companies such as InStride, Blackboard, Pearson, Kaplan, Datatel & SCT (now Ellucian), PeopleSoft (now Oracle) and was a Postsecondary Senior Fellow for Innovation & Technology, Bill & Melinda Gates Foundation and founded the global consulting practice, Quantum Thinking. She also served as Director of Development for Prescott College. She is published and speaks globally about education technology, design, innovation and the future of higher education. 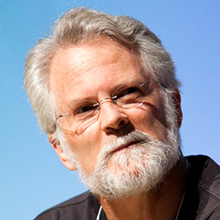 Phillip Long’s broad interests focus on leveraging technology to augment learning and benefit society. Long’s time is dedicated primarily to ‘passion projects’ through his appointment as a Senior Scholar at the Center for New Designs in Learning and Scholarship at Georgetown University, and separately through RHz Consulting, his LLC. In June 2018, Long retired from his position as Associate Vice Provost and Chief Innovation Officer at the University of Texas, Austin, where he worked on Project 2021. While there, he provided leadership during the wind down of the Institute for Transformational Learning within the UT System and offered guidance to the university’s strategy for technology-enhanced learning, online learning including edX MOOCs, learning analytics, application of blockchains to education, and the design of learning environments. Long’s current research interests focus on active and blended learning pedagogies, credentialing linked to evidence of learning, open ledger (blockchain) applications, remote laboratories, emerging technologies and the analytics that can be captured by instrumenting interactions in both virtual and physical environments with the goal of informing learner decision-making. Long’s professional collaborations are eclectic and international, including leadership roles in the acronym soup of SoLAR, edX, the NMC, IMSGLOBAL and AAEEBL. He is a member of the Board of Directors for Nexford University, a competency-based educational program for English speakers primarily targeting learners developing countries. A lapsed biologist turned learning scientist, Long earned a Ph.D. in biology from Penn State University.

Tom McMillen—Olympian, Rhodes Scholar, professional basketball player, Congressman, author, businessman—first received acclaim in high school when he was named the best basketball player in the US, featured on the cover of Sports Illustrated. A graduate of the University of Maryland, McMillen was a Rhodes Scholar, played eleven years in the NBA, was a member of the 1972 Olympic team, served three terms in the US House of Representatives and was co-chair of the President’s Council on Fitness and Sports. McMillen currently serves as President and CEO of the LEAD1 Association, an association of 130 of the largest college sports programs. He was formerly a member of the board of regents of the University of Maryland System and was the Founding Chairman of the National Foundation on Physical Fitness, Sports, and Nutrition (where he currently serves as Treasurer). His book, Out of Bounds, examines the conflicts between sports and ethics.

Professor of Higher Education, and Special Assistant to the President for Strategic Initiatives at the University of Maryland, College Park (UMCP) 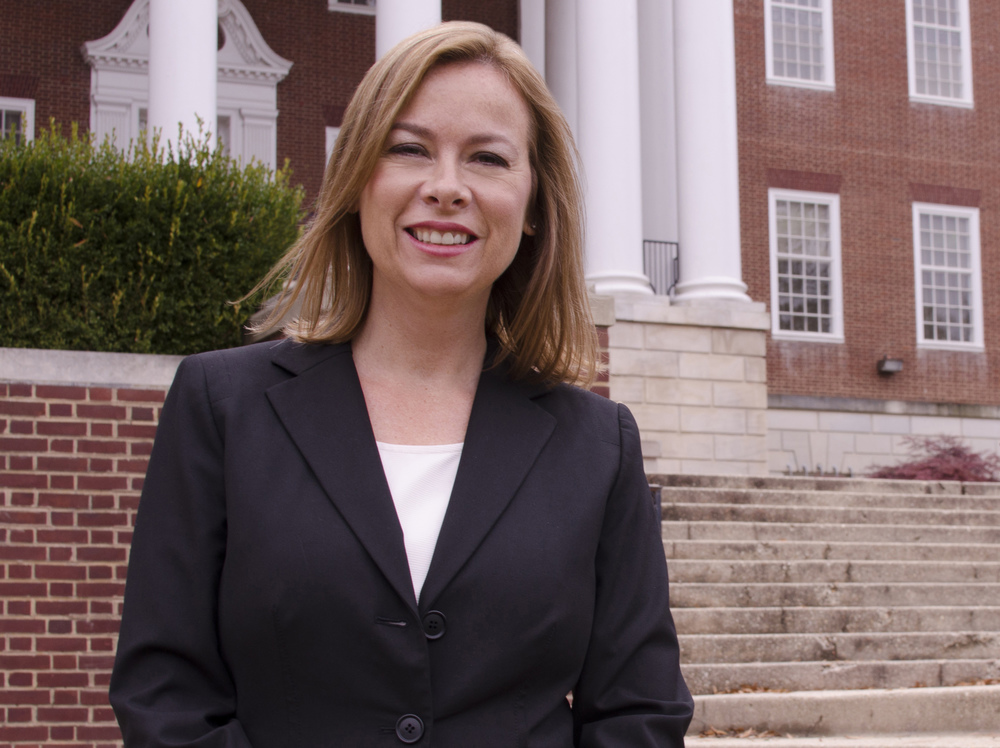 KerryAnn O’Meara is Professor of Higher Education and Special Assistant to the President for Strategic Initiatives. In that role, she will assist with several TerrapinSTRONG initiatives, including advancing faculty diversity, enhancing inclusive climates and working collaboratively with relevant units. O’Meara is 2020 President of the Association for the Study of Higher Education (ASHE), the premier research association of scholars who study higher education. Her widely published research examines faculty careers and academic rewards systems with a particular focus on organizational practices that support and limit the full participation of women and Black and Brown faculty. An internationally recognized expert on diversity and inclusion in faculty affairs, she has completed both longitudinal and randomized control trials on faculty retention and workload reform projects, showing positive results from evidence based interventions. She is a sought after speaker, consultant, and partner on reforms to make academe more inclusive for women, faculty of historically minoritized identities, and scholars engaged in newer forms of scholarship. She consults with universities on promotion and tenure policy reform, faculty development programs, and organizational practices that sustain equitable workloads. O’Meara is PI of an NSF ADVANCE grant, the Faculty Workload and Rewards Project, to work with academic departments on workload equity. She leads a pilot that worked with over 80 faculty search committees at UMCP (2016-2018) and is conducting ethnographic and experimental work on faculty hiring as part of the University System of Maryland AGEP PROMISE project (2018-2023). 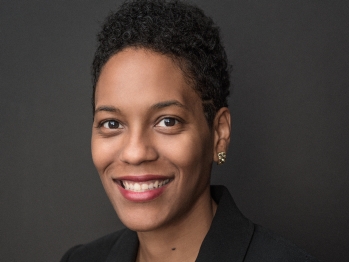 Amelia Parnell is vice president for research and policy at NASPA – Student Affairs Administrators in Higher Education, where she leads many of the Association’s scholarly and advocacy-focused activities. Amelia’s policy and practitioner experiences include prior roles in association management, legislative policy analysis, internal audit, and TRIO programs.

Amelia writes and speaks frequently about topics related to student affairs, college affordability, student learning outcomes, leadership in higher education, and institutions’ use of data and analytics. She is the author of the new book, You Are a Data Person: Strategies for Using Analytics on Campus and host of the new podcast, Speaking of College. 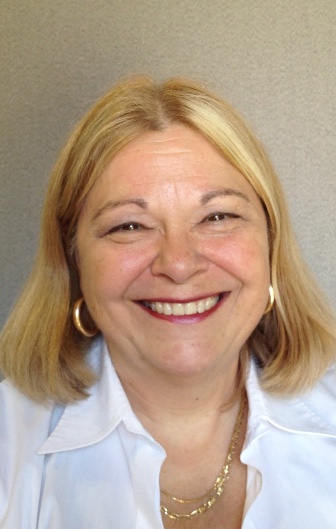 Ellen Wagner is the general manager of North Coast EduVisory Services, LLC, a consulting organization that works with higher education and corporate clients to make better strategic use of emerging technologies.  She currently supports the IEEE IC Industry Consortium on Learning Engineering. From 2016-2018, Wagner was Vice President, Research for Hobsons, an educational software company. She co-founded the Predictive Analytics Reporting (PAR) Framework and served as chief strategy officer from its inception in 2010 until its acquisition by Hobsons in 2016. Prior to PAR Framework, she was Vice-President for Technology at the Western Interstate Commission for Higher Education, which included serving as Executive Director of WICHE’s Cooperative for Educational Technologies from 2009 to 2013. Wagner is the former senior director of worldwide eLearning, Adobe Systems, Inc. and was senior director of worldwide education for Macromedia, Inc. at the time of its acquisition by Adobe. As Chief Learning Officer at both Informania, Inc. and Viviance new education, AG, she supervised the developments of corporate education, learning content and courses, featuring programs including Novell, Inc. certifications and 12 of the original CBE programs offered by Western Governors University. Wagner’s prior career as a tenured university professor and administrator featured positions as Chair of the Educational Technology Program at the University of Northern Colorado, Academic Affairs Coordinator of Instructional and Research Technologies and Director of the Western Institute for Distance Education. She holds a Ph.D. in Educational Psychology from the University of Colorado Boulder.

Sam Zappas heads a consulting practice focused on formulating and executing revenue strategy.  Over the years he has been a member of several boards of non-profits and private companies. He was a senior executive at ARTISTdirect, Inc.; a co-founder of CityInteractive, the Internet division of media conglomerate CHUM Limited, and a founder of Acmepet, which was acquired by PetSmart. He was also a founder of The Johns Hopkins University Media Center. Zappas has served as a Director on the University System of Maryland Foundation Board since 2001. He also advises several agricultural technology and early stage companies.