Caret to Return to Maryland as USM Chancellor 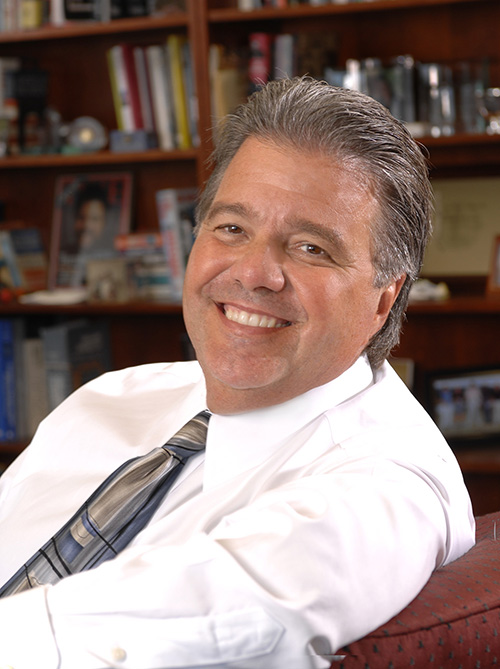 Dec. 17, 2014 (Adelphi, Md.) -- After a successful tenure as president of the five-campus University of Massachusetts system, Robert L. Caret will return to Maryland as chancellor of the University System of Maryland. James L. Shea, chairman of the USM Board of Regents, today announced the board's appointment of Caret, effective July 1, 2015. Caret served as president of Towson University, one of USM's 12 institutions, from 2003 to 2011.

"The Board of Regents is very pleased that Bob Caret will take the helm as USM's fourth chancellor," said Shea. "He brings years of experience as the outstanding leader of two public universities and a public system of higher education. He is adept at building partnerships that benefit institutions and the surrounding communities. And he is very familiar with USM and the state of Maryland.

"We are confident that he will provide the visionary and innovative leadership the University System of Maryland needs to continue to enhance opportunities for our students and our state."

Details follow at the end of this news release regarding an introductory news conference in Baltimore at 2:30 p.m., Friday, Dec. 19.

As president of the University of Massachusetts (UMass) since July 2011, Caret has become a major spokesperson on the pressing issues of college affordability and student debt. Throughout his UMass tenure, he has emphasized efficiency, rolling out several cost-saving initiatives, and established productive working relationships with Massachusetts government and business leaders. His successful pursuit of a 50-50 funding formula for UMass resulted in the state and students contributing equally to the university's general education program and a 22 percent increase in the base budget for two years. He also secured additional state funding, allowing UMass to freeze tuition and mandatory fees for in-state undergraduate students for two consecutive years.

Before joining UMass, Caret was president of Towson University (TU) for eight years, where he also served as a faculty member, dean, executive vice president and provost during his more than 25-year tenure there. At Towson, he created partnerships with regional business, non-profit and civic organizations; raised student graduation rates; and undertook a capital fundraising and building campaign to support campus infrastructure improvements. He oversaw an increase in the university's online courses and expanded the availability of TU courses at regional higher education centers. He was instrumental in establishing Towson University in Northeastern Maryland, which offers transfer students the flexibility to pursue a four-year degree after completing an associate's degree at a community college. The facility is located on the grounds of Harford Community College.

From 1995 to 2003, Caret served as president of San Jose State University (SJSU), part of the California State University System. He is credited with bringing a vision for SJSU as the metropolitan university of Silicon Valley.

"I am excited and energized to return to Maryland and the University System of Maryland," said Caret. "I have dedicated 29 years of my professional career to the system and the state and to two primary goals: to ensure we provide high-quality, affordable education and that we continue to build a research-based economic engine.  I look forward to working to ensure those two goals remain central to all that we do."

Active in the national higher education community, Caret serves on the National Association of System Heads and American Council on Education boards. He also is a member of the National Security Higher Education Advisory Board and the Government University Industry Research Roundtable.

When Caret joins the USM next year, he will succeed William E. Kirwan, who in May announced his plans to step down from the chancellor's position after a career of more than 50 years in public higher education. Kirwan will remain in the position until Caret is on board.

"I've known Bob Caret for several years," said Kirwan. "He has had significant positive impact on each institution he has led. The University System of Maryland and the state will benefit greatly from his leadership in the years ahead."

"We deeply appreciate the diligent work of the search committee," said Chairman Shea on behalf of the USM Board of Regents. "Under Rick Berndt's excellent leadership, the committee carefully reviewed the applicants and nominees, and forwarded highly qualified finalists to the board for consideration."

Systemwide, student enrollment exceeds 162,000. USM and its institutions compete successfully for more than $1 billion in external grants and contracts annually. USM institutions and programs are among the nation's best in quality and value according to several national rankings. To learn more about the University System of Maryland, visit www.usmd.edu.

WHAT: James L. Shea, chair of the USM Board of Regents, will introduce Robert L. Caret

WHO: Chairman Shea; Chancellor Kirwan; and other distinguished leaders of the University System of Maryland. Parking is available in a number of public garages near the Center, all visible from Pratt Street.