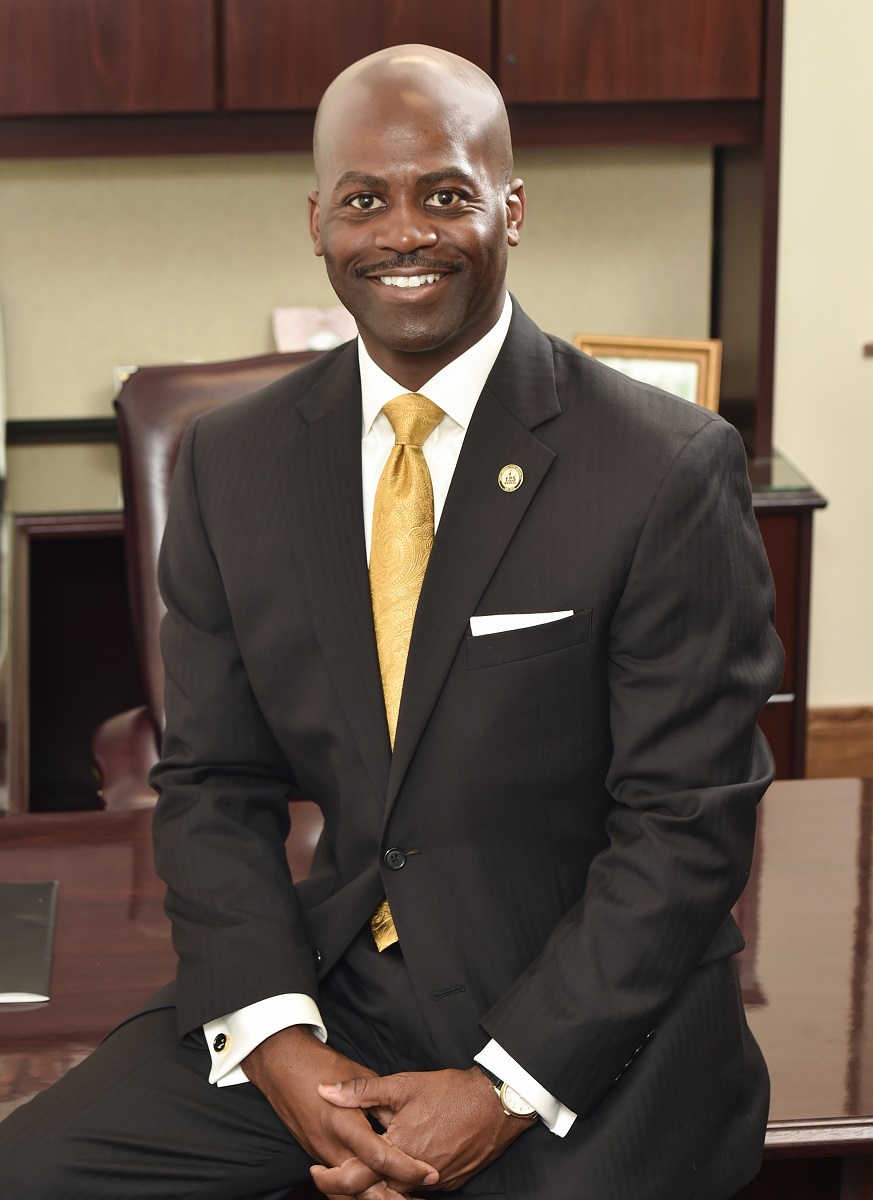 As president, Jenkins has engaged the WVSU community in a visionary plan to advance the campus as a premier regional research university recognized nationally for its innovative teaching, quality education and experiential learning.

Under President Jenkins’ leadership, WVSU has experienced enrollment growth at both the undergraduate, graduate and online levels. Jenkins fostered growth in these areas through the development of the university’s first nursing and engineering programs, a comprehensive enrollment management plan, the “WVSU Loyalty Program” and the “Straight 2 STATE” program. Both programs are the first of their kind in West Virginia and promote partnerships with state high schools and community and technical colleges. He also created the “Yellow Jacket Bridge to Success” Program and the “Registration Celebration” initiatives resulting in the university’s highest retention rate in five years.

Jenkins’ leadership at WVSU has also reflected a commitment to expanding the institution’s research portfolio, which has resulted in millions annually in federal and state grant funding. In addition, the university completed a $10 million renovation—creating its first Integrated Research and Extension Building—and over $1.3 million in structural and technological upgrades across campus.

“We are delighted to welcome Dr. Jenkins as president of Coppin State University,” said USM Board of Regents Chair Linda Gooden. “He has demonstrated a clear track record of success on the West Virginia State campus—especially impressive are the global partnerships he has established with higher education institutions in areas such as Africa, Mexico, and the People’s Republic of China. The USM board is delighted to have such an accomplished leader to guide Coppin. This appointment is a critical one, not just for the University System of Maryland but for the greater Baltimore region and beyond. Coppin State University is a vital institution in the City of Baltimore and our state.”

Jenkins will succeed interim President Mickey Burnim, who has been leading the institution since former Coppin State president Maria Thompson ended her service to the university on June 30. Appointed to the presidency in 2015, Thompson announced in January 2019 that she would retire at the end of the 2018-19 academic year.

“I am honored that the University System of Maryland Board of Regents has appointed me to be the next president of Coppin State University,” Jenkins said. “This is an exciting opportunity to guide a university with a strong legacy and do so at an important time for the City of Baltimore, where Coppin is so integral to the city’s continued vibrancy and success.”

“I have been truly impressed with Dr. Jenkins’ performance in maintaining strong enrollment growth at West Virginia State University and a number of prestigious academic rankings that have occurred during his presidency. These accomplishments bode quite well and they promise to advance an urban, historically black institution like Coppin,” USM Chancellor Robert L. Caret said.

“I would like want to express my deep gratitude and appreciation to the presidential search-and-screen committee,” Caret continued. “Under the skilled direction of former regent Katrina Dennis, whom very sadly we lost in September to a long illness, and her successor and fellow regent Robert Wallace—also Mary Owens-Southall, Coppin’s Dean of Graduate Studies—this group of faculty, staff, students, and community representatives worked with great purpose to identify a pool of highly accomplished applicants from which Dr. Jenkins established himself as an excellent choice.

“Again, I extend my appreciation to Interim President Mickey Burnim, who has followed his distinguished career as Bowie State University president with first-rate stewardship of Coppin State since July 1.”

Systemwide, student enrollment exceeds 176,000. USM and its institutions compete successfully for more than $1 billion in external grants and contracts annually. USM institutions and programs are among the nation's best in quality and value according to several national rankings. To learn more about the University System of Maryland, visit www.usmd.edu.