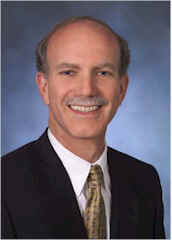 "The regents are confident that Dr. Gibralter will be an outstanding leader of Frostburg State University," said Nevins. "He has an impressive record of nurturing effective partnerships that have brought visibility and support for campus academic programs and enhancements. This, along with his commitment to student success and his proven ability to work effectively with faculty, staff, and students, as well as with community and business leaders, will advance the university significantly in the years ahead."

In accepting the appointment, Gibralter said: "I wish to thank the members of the Board of Regents and USM Chancellor Kirwan for selecting me to be the next president of Frostburg State University. I am deeply honored by this tremendous opportunity and am greatly looking forward to leading the university in its fine tradition of academic excellence and community partnerships. I am thrilled to be 'on board.' My wife Laurie and I eagerly anticipate enjoying our new life in the beautiful State of Maryland."

Gibralter has served as president of Farmingdale State since 2001. He reports directly to the chancellor of the 64-campus State University of New York (SUNY).

Under Gibralter's leadership, Farmingdale State has experienced a significant transformation. A comprehensive marketing and enrollment plan helped to increase enrollment by 25 percent (from 5,100 to 6,400 students) and led to the development of an effective Student Success Center. Among the new bachelor degree programs launched during his tenure are bioscience, technology studies, computer programming and information systems, and applied mathematics.

Gibralter also is credited with building strong campus ties with business leaders on Long Island, creating forums that focus on several industries, including banking, bioscience, healthcare, horticulture, hospitality/tourism, and engineering/manufacturing. In addition, he began Farmingdale State's first-ever major gifts campaign in 2003, with the goal of raising $10 million in five years.

"I am so pleased that Dr. Gibralter has accepted the regents' appointment," said William E. Kirwan, chancellor of the University System of Maryland. "He is highly respected within the SUNY system. He has been successful in increasing student enrollment and improving academic program offerings. He has helped to transform Farmingdale into a vital player in regional economic development. All of this experience will serve the Frostburg community, the University System of Maryland, and our state extremely well."

"I also want to express my deep gratitude and appreciation to the presidential search-and-screen committee," Kirwan said. "Under the leadership of Thomas Bowling, FSU's associate vice president for student and education services, the committee did an excellent job of reviewing 110 candidates and identifying finalists for review by the Board of Regents and me."

Thomas B. Finan, Jr., a member of the USM Board of Regents and an independent business consultant who resides in Cumberland, served as the committee's liaison to the board. "When we welcome Jonathan Gibralter to Frostburg later this year, he will become part of a community-on and off campus-that is firmly committed to excellence in education, community service, and economic development," said Finan. "Based on what our thorough process revealed about Dr. Gibralter's exceptional work in these areas, we are delighted that he will lead the university."

Prior to serving as president of Farmingdale State, Gibralter held other positions at higher education institutions in the state of New York. He was interim president of Corning Community College in 2000-2001. Also at Corning, he served as dean of academic affairs from 1998 to 2000. From 1993 to 1998, he was dean of the Rome Campus of Mohawk Valley Community College. And from 1990 to 1993, he was associate dean of the School of Liberal Arts at the State University of New York at Morrisville.

Active in Farmingdale State's surrounding business community, Gibralter serves on the board of directors of the Long Island Forum for Technology, Long Island Life Sciences Initiative, and the Fair Media Council. He also chairs the board of the Broad Hollow Biosciences Park. The park's continued growth is the result of Gibralter's efforts to reach out to the Long Island business community to create a bioscience cluster. When completed, the park will house more than 100,000 square feet of research space.

Also active within his profession, Gibralter serves on the Middle States Commission on Higher Education and on the Facilities Strategies Committee of SUNY's University-wide Strategic Planning Committee.

Gibralter will succeed Catherine R. Gira who is retiring this summer. Under her leadership since September 1, 1991, Frostburg State has expanded academic offerings and enhanced campus facilities. A larger and more diverse student body also will be part of President Gira's legacy.

Situated in the mountains of Allegany County, Frostburg State University is one of the 13 institutions of the University System of Maryland. FSU is a comprehensive, residential regional university and serves as an educational and cultural center for Western Maryland. With an annual operating budget of $80.6 million, the university currently enrolls 4,300 undergraduate and 900 graduate students. Strong programs in liberal arts and sciences, business, education, and environmental studies draw students from around the world.

FSU will hold a reception later this spring to welcome Gibralter to the university and the region.