"This is a bold vision for our future," said University System of Maryland (USM) Chancellor William E. Kirwan. "They don't just want to pay the bills and balance the budget; they want to invest in our future, in health care and in higher education."

Students and presidents from Maryland's public and private colleges and universities echoed the chancellor's call to support the Governor and the Legislature in closing the state's budget deficit while making investment in higher education a priority for Maryland.

Photos from the rally 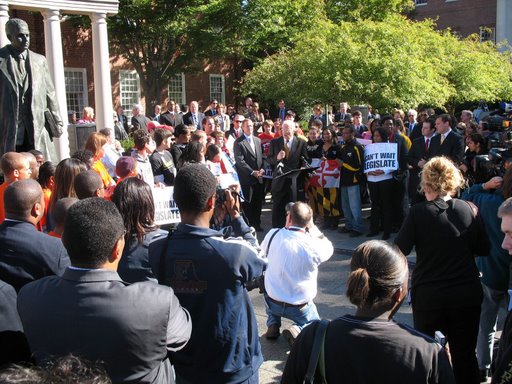