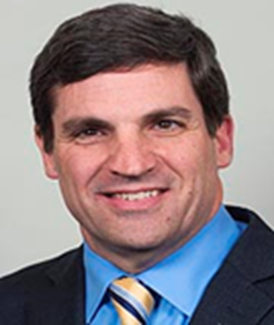 Douglas J. J. Peters is a former Maryland State Senator from 2007 to 2021 where he served as Majority Leader and Chair of Capital Budget. He was a Prince George's County Councilmember from 2002 to 2006 and Bowie City Councilmember from 1998 to 2002. He served as a Captain in the United States Army Reserve (1988-1998), served in Operation Desert Storm and was awarded the Bronze Star Medal. Peters is a Past Commander of the Bowie American Legion and VFW Posts and Chairman of Metropolitan Archives, a Maryland small business that specializes in storage, scanning and destruction of documents. As a Certified Records Manager (CRM), he also creates records retention schedules. Other activities include Leadership Greater Washington (1997); President of the Prince George’s Chamber of Commerce (2000-2001); and President’s Advisory Committee of the Greater Baltimore Committee. He is a 1985 graduate from the University of Maryland College Park Business School majoring in Finance and 1990 graduate of the University of Baltimore with a Masters of Business Administration. Doug is a lifelong resident of Maryland who has been married for 33 years, has six adult children and 2 grandchildren.