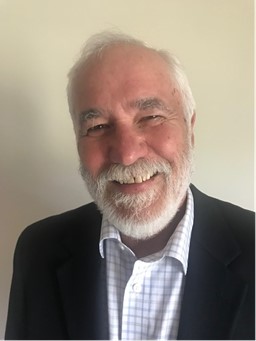 Hugh J. Breslin, III recently retired after a 41 year TV broadcasting career, most recently in a senior management role for Nexstar Media Group, the largest TV broadcasting company in the United States. He currently does media consulting for HJB3 Media.

Born in Frankfurt, Germany, of military parents, Hugh returned to the United States and graduated from ArchBishop John Carroll High School in Washington, D.C. in 1973. Continuing his studies at the University of Maryland, he graduated in 1977 with a Bachelor of Arts Degree in Radio-Television Communications.

In addition to his consulting duties, Mr. Breslin is currently President of the Board of Trustees of the Fletcher Foundation, and is serving on the Finance Committee of the Meritus Medical Center. For the past 28 years, he has been an active Board Member of the Maryland Chapter of the Cystic Fibrosis Foundation, is currently Chair of the CF Foundation’s National Volunteer Leadership Committee’s Peer to Peer Fundraising Committee and is serving as a member of the CF Foundation’s National VLC’s advocacy committee.

Hugh resides in, and splits his time, between his homes in Middle River and Hagerstown, Maryland, with his wife Alice. Sons Hugh Joseph, IV, Kevin, and daughters Casey and Caitlin are higher education graduates and have given us the joy of seven grandchildren.

Hugh enjoys golf, fishing and boating and following the Maryland Terrapins (a basketball season ticket holder and Terrapin Club member since Gary Williams return to College Park in 1989), the Washington Football Team and the Baltimore Orioles.