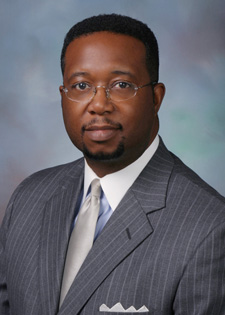 Orlan Johnson is a former partner in Saul Ewing's Business and Finance Department. Mr. Johnson was appointed by President Obama and confirmed by the United States Senate to be the Chairman of the Securities Investor Protection Corporation (SIPC). SIPC is currently the lead organization handling the collapse of Lehman Brothers and the Bernard Madoff brokerage firms. He is also an adjunct professor of law at Howard University School of Law where he has taught Securities Regulation classes in connection with the fundamentals of federal and state securities laws, including the 1933, 1934 Acts and the Investment Company Act of 1940. He is member of the boards of directors for the National Aquarium in Baltimore and the University of Maryland Medical System Corporation. Previously he has served as a Branch Chief for the Division of Investment Management of U.S. Securities and Exchange Commission (SEC) and in February 2011, the SEC honored Regent Johnson as a "trailblazer" by the SEC's African American Council in observance of African American History Month.

Mr. Johnson is President of the Prince George's Community College Foundation Board and a former member of the college's Board of Trustees. He is a graduate of Andrews University and Howard University School of Law.