USM Board of Regents Appoints Dr. Valerie Sheares Ashby as Next President of University of Maryland, Baltimore County 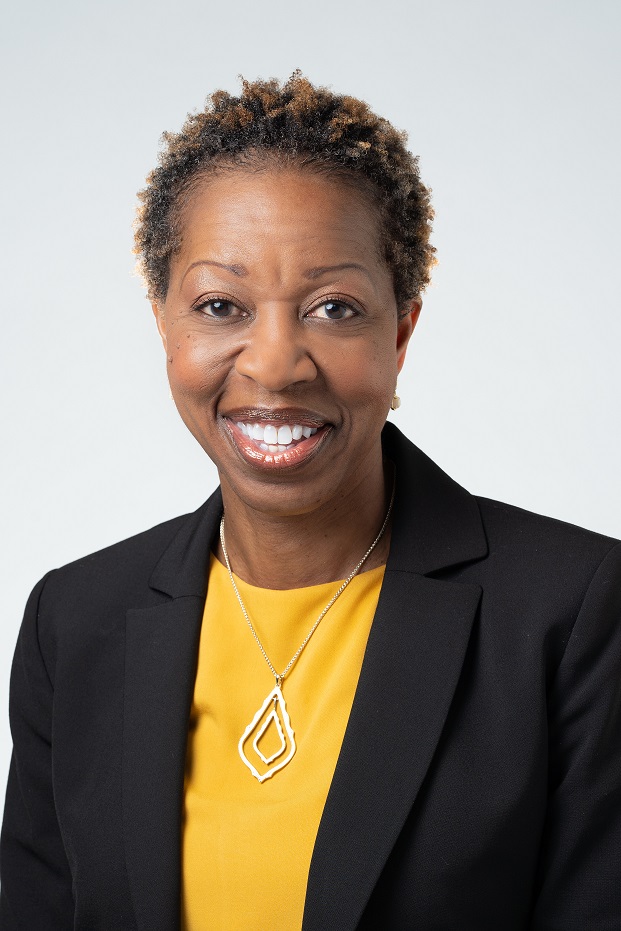 Baltimore, MD. (April 4, 2022) – The University System of Maryland (USM) Board of Regents has appointed Dr. Valerie Sheares Ashby as the next president of the University of Maryland, Baltimore County (UMBC). Ashby, currently Dean of Duke University’s Trinity College of Arts & Sciences, will begin her tenure as UMBC president on Aug. 1.

Ashby has been dean of Trinity College of Arts & Sciences since 2015, and was reappointed for a second, five-year term in 2019. She received her B.A. and Ph.D. degrees in chemistry from the University of North Carolina at Chapel Hill (UNC) and completed her postdoctoral research at the Universitat Mainz, Germany.

Ashby came to Duke from UNC, where she chaired the chemistry department from 2012-15 and was a faculty member since 2003. She has served on UNC’s Arts & Sciences Foundation Board of Directors and Research Advisory Council, and chaired the College of Arts & Sciences Faculty Diversity Task Force. Dean Ashby also directed the UNC National Science Foundation Alliance for Graduate Education and the Professoriate, aimed at increasing the number of underrepresented students completing doctoral degrees and continuing into the professoriate in science, technology, engineering and math and social, behavioral and economics fields.

Ashby will succeed Freeman Hrabowski, who has led UMBC to national and international acclaim since his appointment as president 30 years ago in 1992.

“Dr. Ashby is clearly the impressive scholar and dynamic leader we need to build on the strong foundation of inclusive excellence at UMBC,” said Board Chair Linda R. Gooden. “UMBC is a jewel—nationally and internationally recognized for its innovative teaching and pathbreaking research.  All of this success is due to the dedication and hard work of President Hrabowski and his outstanding team.  The Board of Regents knows this legacy will be in good hands with Dr. Ashby.  I am grateful to the UMBC presidential search committee, chaired by Regent Michelle Gourdine, for finding such a distinguished leader among so many great candidates.”

“It is an incredible honor to be asked to lead a university that has excelled in so many ways that are essential both nationally and to me personally – particularly in regards to foregrounding inclusive excellence,” Ashby said. “I have tremendous respect for all the members of the UMBC community and am looking forward to working in partnership with the students, faculty, staff, alumni and friends who are the heart of this institution.”

“I’m excited to see how Dr. Ashby’s vision will shape the next chapter for UMBC,” said USM Chancellor Jay A. Perman. “Without question, she has the experience and the attributes needed to grow UMBC’s academic and research prominence, and she’s steeped in the culture of inclusive excellence that has made the university a national exemplar of access, equity, and achievement. It’s hard to imagine finding a better fit for a school whose future is as bright as UMBC’s.”

As dean at Trinity College, Ashby elevated the national and international prominence of the humanities and social science departments across the college by investing in faculty- and student-driven strategic areas. She completed the Duke Forward campaign, exceeding the $435 million Trinity goal by $45 million, including $200 million raised for financial aid post-campaign.

As a researcher, Ashby has focused on synthetic polymer chemistry with an emphasis on designing and synthesizing materials for biomedical applications such as X-ray contrast agents and drug delivery materials. She is the recipient of a National Science Foundation Career Development Award, the DuPont Young Faculty and 3M Young Faculty Awards, as well as numerous teaching awards.

UMBC is a dynamic public research university integrating teaching, research, and service to benefit the citizens of Maryland. The Carnegie Classification of Institutions of Higher Education recently placed UMBC into the category of doctoral universities with very high research activity, popularly known as Research 1 (or R1). UMBC is now ranked as one of only 146 R1 institutions nationally, including 107 public and 39 private universities. As an Honors University, the campus offers academically talented students a strong undergraduate liberal arts foundation that prepares them for graduate and professional study, entry into the workforce, and community service and leadership. At the graduate level, UMBC emphasizes science, engineering, information technology, human services, and public policy. More about UMBC’s mission and vision is here.

Chancellor Perman appointed the search committee in October 2021, informed by outreach to the campus community after President Hrabowski’s late August announcement that he would begin retirement at the end of the 2021-2022 academic year. The committee reflected the board’s commitment to finding a successor who will continue UMBC’s impressive strength in education and research, its commitment to access and affordability, its embrace of community service, and its leadership in diversity, equity, and inclusion.

President Hrabowski is nationally celebrated for his results-driven commitment to inclusive excellence, collaborative approach to leadership, and mentorship that pairs high expectations with strong support. Through his time at UMBC, these qualities have become core to the university’s unique culture and community. They have also inspired national and global recognition.

In a combined statement shortly before the start of the current academic year, Chair Gooden and Chancellor Perman noted President Hrabowski’s influence and remarkable legacy at UMBC. “In fact, it’s UMBC’s commitment to the achievement of every student, and its work in cultivating a diverse corps of scholars and leaders, that has marked the university as one of the most respected (and emulated) pioneers in American higher education,” they wrote.

“To follow President Freeman Hrabowski is a distinct privilege,” Ashby said, “as he has been a role model for so many in higher education over the last 30 years, including myself. His extraordinary leadership and dedication to UMBC ensures that I am arriving at a university that is already performing at a very high level. There is no ceiling on what we can achieve from here.”

Systemwide, student enrollment is roughly 165,000. The USM and its institutions compete successfully for nearly $1.5 billion in external grants and contracts annually. USM institutions and programs are among the nation's best in quality and value according to several national rankings. To learn more about the University System of Maryland, visit www.usmd.edu.