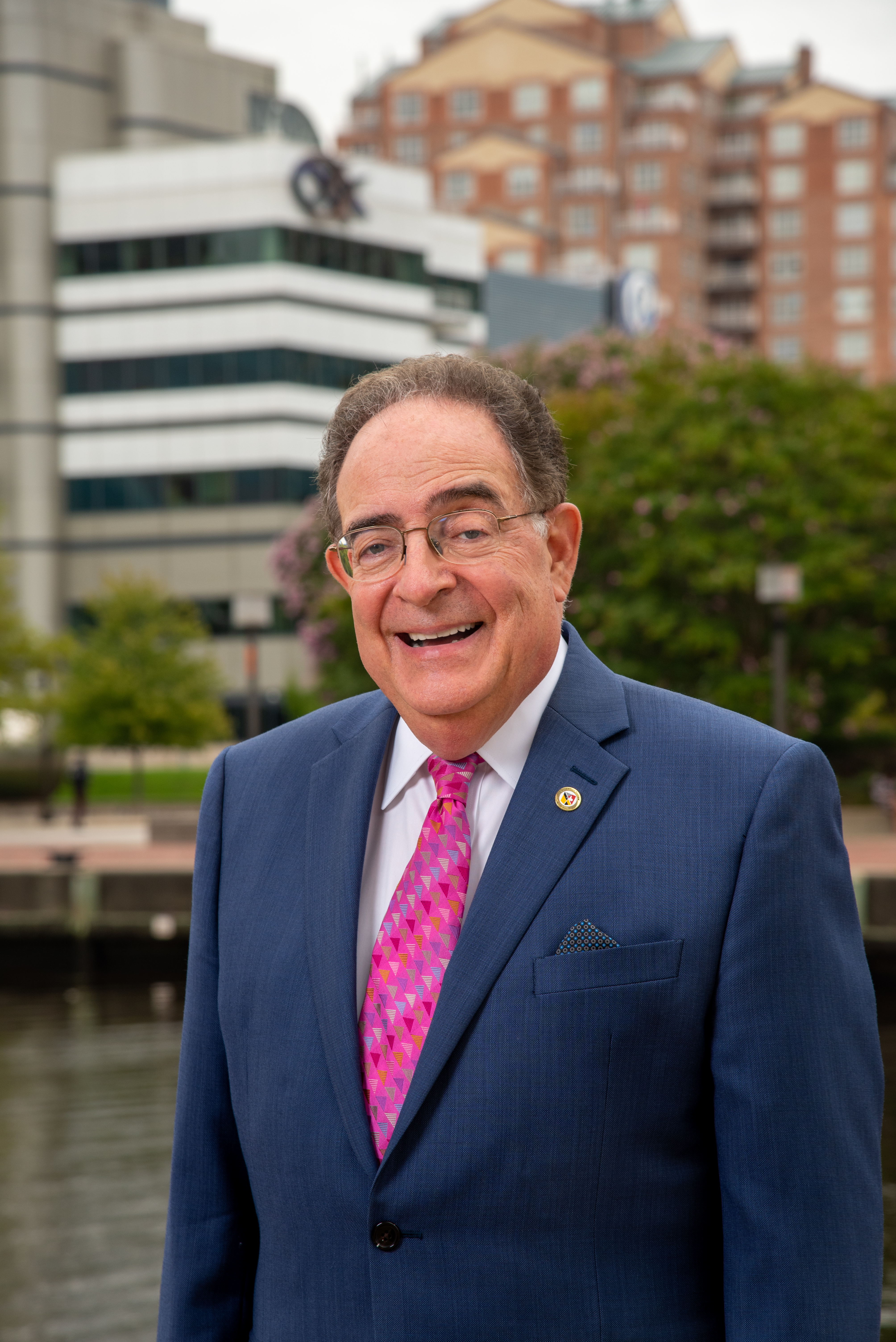 As UMB president, Dr. Perman strengthened that institution’s ties to the city of Baltimore, growing innovation-based economic development and spearheading programs to improve the health and well-being of UMB’s closest neighbors. In 2014, he established the Office of Community Engagement to coordinate UMB’s many outreach projects—with special emphasis on West Baltimore—and to leverage resources so that the university could respond quickly and effectively to community needs. In October 2019, ground was broken on a new Community Engagement Center that will serve as the cornerstone of UMB’s engagement efforts going forward. He also launched the UMB CURE Scholars program, which provides intensive mentoring for West Baltimore students interested in the STEM fields. In addition, he championed the award-winning Promise Heights Initiative, focused on preparing West Baltimore children for college and careers, and providing critical supports for their families.

UMB has expanded its offerings at the Universities at Shady Grove (USG)—including dental, social work, and nursing programs—and is a key presence at USG’s new Biomedical Sciences and Engineering building, which houses a full-service community dental clinic operated by UMB’s School of Dentistry. With the University of Maryland, College Park, UMB leads MPowering the State, a structured alliance leveraging the two institutions’ complementary strengths to create opportunities for students, advance interdisciplinary research, and solve intractable problems in Maryland and the nation. Finally, UMB has partnered with the University of Maryland, Baltimore County in several areas, including social work, biochemistry, and gerontology.

As chancellor, Dr. Perman has committed to advancing higher education affordability for all students in Maryland. He also plans to build on USM’s reputation for educational innovation, particularly in research, economic development, and community engagement. Above all, he seeks to fulfill what he sees as one of his core obligations as chancellor: ensuring that every person in Maryland who wants a college education is able to access it; see the Chancellor’s Message.

From 1977 to 1984, Dr. Perman was an assistant professor and associate professor of pediatrics at the University of California, San Francisco. He first came to Baltimore to work at the Johns Hopkins University School of Medicine, serving as a professor of pediatrics and head of several divisions between 1984 and 1996. Dr. Perman was then named the Jessie Ball duPont Professor and Chair in the Department of Pediatrics at Virginia Commonwealth University’s Medical College of Virginia, where he served from 1996 to 1999. From 1999 to 2004, he chaired the Department of Pediatrics at UMB’s School of Medicine, before leaving to become dean and vice president for clinical affairs at the University of Kentucky College of Medicine in 2004. In 2010, he returned to UMB as president.

Dr. Perman’s career includes service on many national and regional boards and committees, including chair of the Maryland Life Sciences Advisory Board, as well as the boards of the Association of American Medical Colleges Council of Deans, the Children’s Cancer Foundation, and the Cystic Fibrosis Foundation. He is immediate past-chair of the Downtown Partnership of Baltimore. Dr. Perman has also been active on issues involving specialized and regional accreditation—serving as chair of several Middle States review teams—and has played an active role in governance issues as chair of the USM Council of University System Presidents for the past four years.

A native of Chicago, Dr. Perman and his wife, Andrea, a research nurse, have four adult children and nine grandchildren and reside in Baltimore.